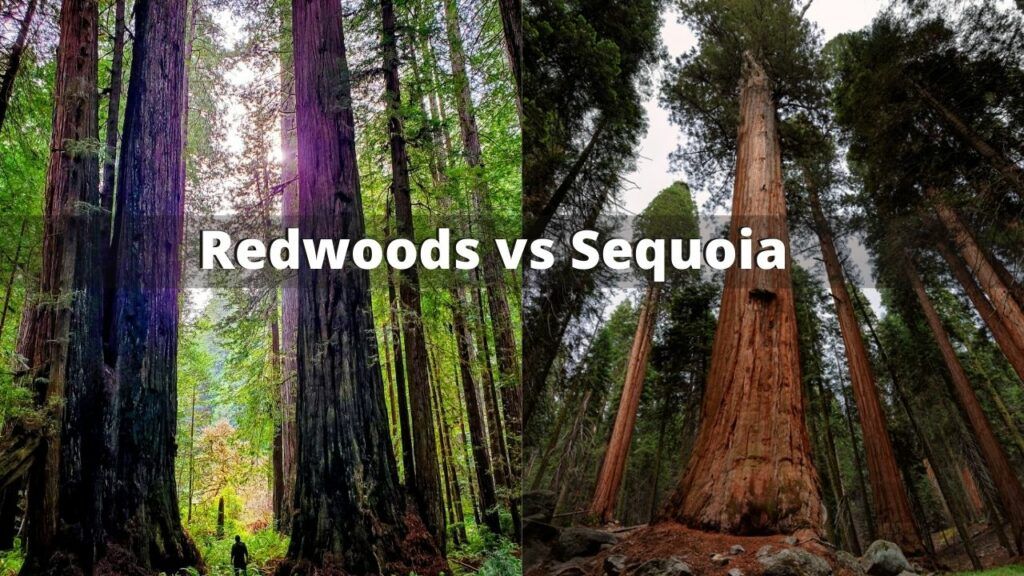 Do note that there are also SEVERAL locations for the Redwoods in Northern California.

3) Yosemite National Park and other awesome national parks are “somewhat” close by.

You have several national park options if you visit Sequoia (each several hours away, but close enough to visit in a day) and they include:

Note: Also here is an excellent Tripadvisor post on Sequoia I recommend checking out where you can get additional good tips on what to do see/do there as well as where to stay. 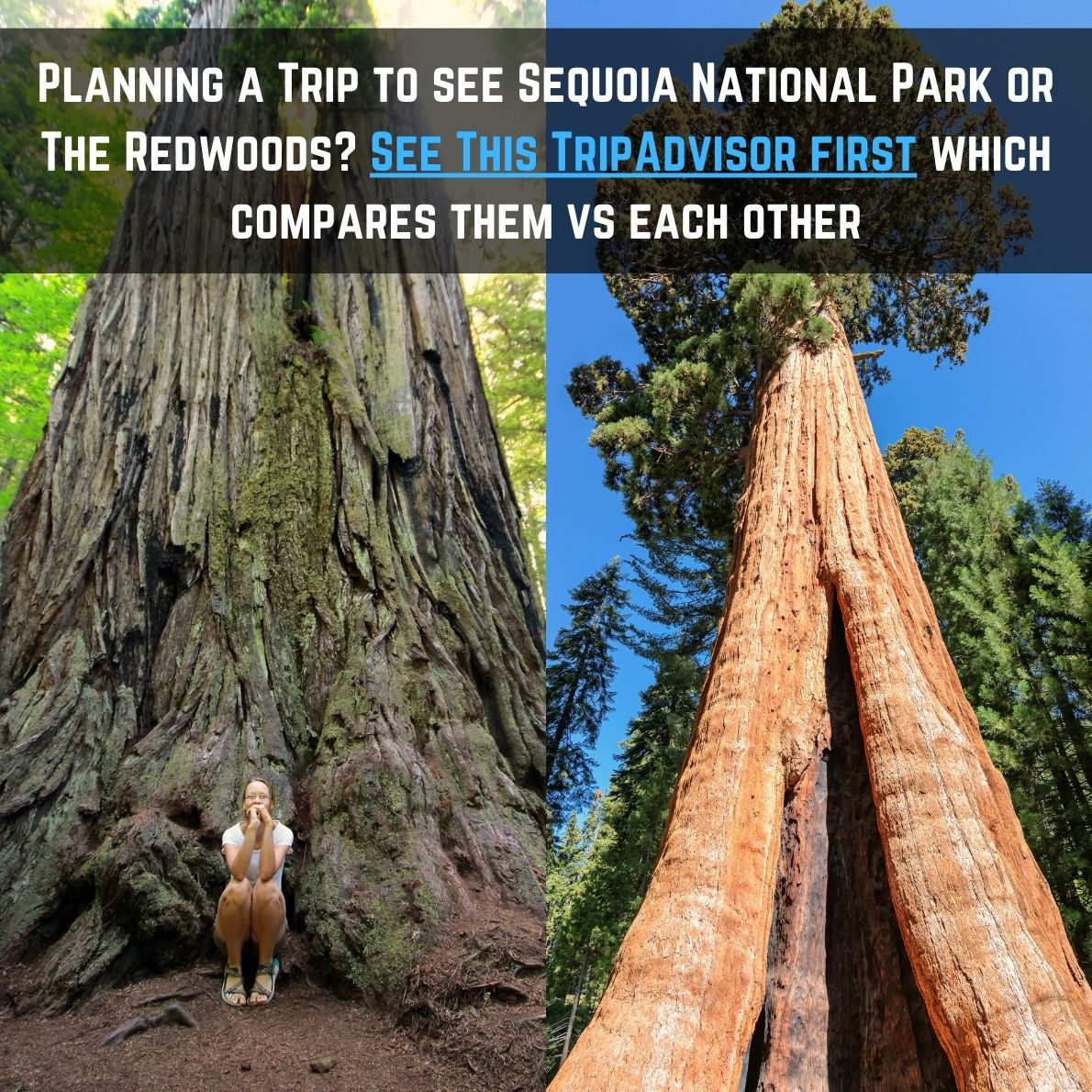 Note: And just like with Sequoia, I found a good Tripadvisor post on the Redwoods here you should check out if you’re serious about going.

What is better Sequoia or Redwood National Park?

Both parks are incredible and depending on which area of California you’re in determines which park to visit. If you are in southern California, Sequoia is the winner. If it’s northern California, then see the Redwoods.

Does Sequoia National Park have Redwoods?

No, there are different types of giant trees in Sequoia than in the Redwoods.

How far is Sequoia National Park from the Redwoods?

About 5 hours. If you start at Sequoia National Park and drive north west, the closest Redwood Park (Muir Woods) is north of San Francisco.

Where is the best place to see giant Redwoods?

Redwood trees can be found north of San Francisco all the way to South Oregon. The most popular areas to find them are the Muir Woods and Redwood National and State Park closer to the Oregon border.

14 thoughts on “Redwoods vs Sequoia. Which Park Should You Visit?”