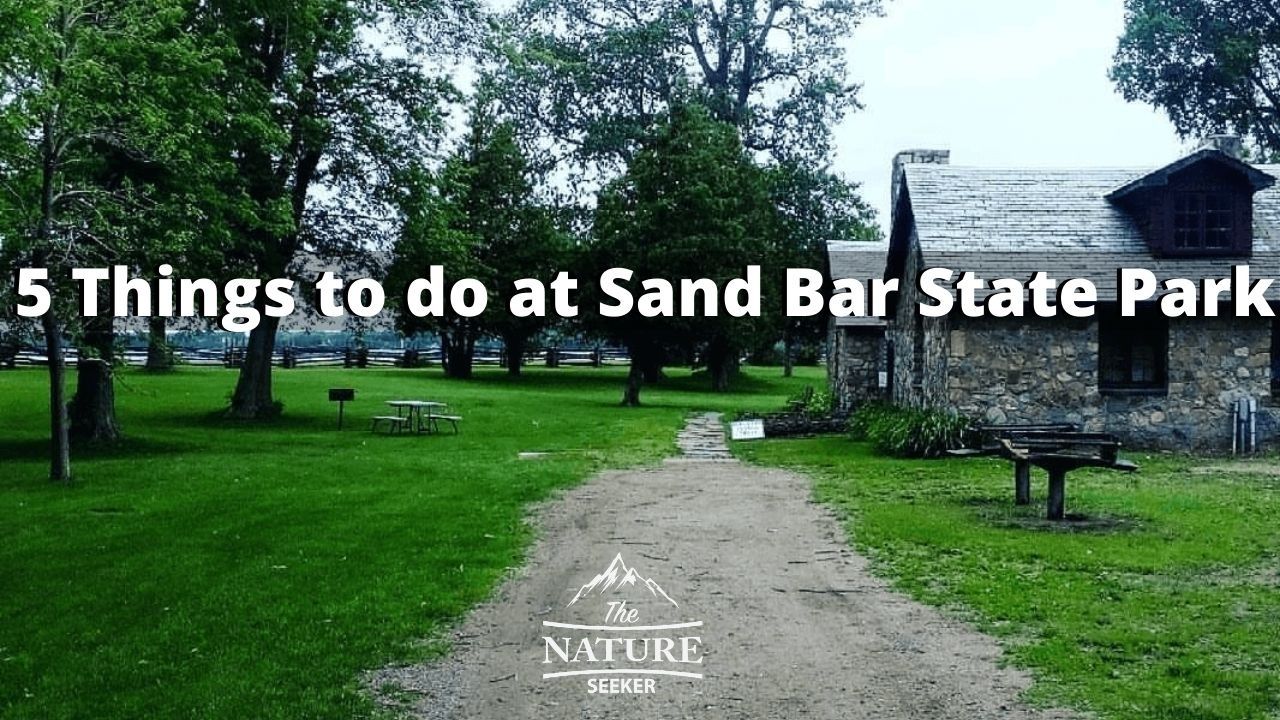 Sand Bar State Park was a place I accidentally (but pleasantly) stumbled upon when traveling through Vermont in the midst of an awesome road trip, and while it’s a small place, there’s many things to do there that I highly recommend.

This little place in Vermont is an awesome gem to explore whether you’re traveling from New York State into Vermont or vice versa. Hence, let’s go over:

Here are the 5 things you should do when visiting Sand Bar State Park: 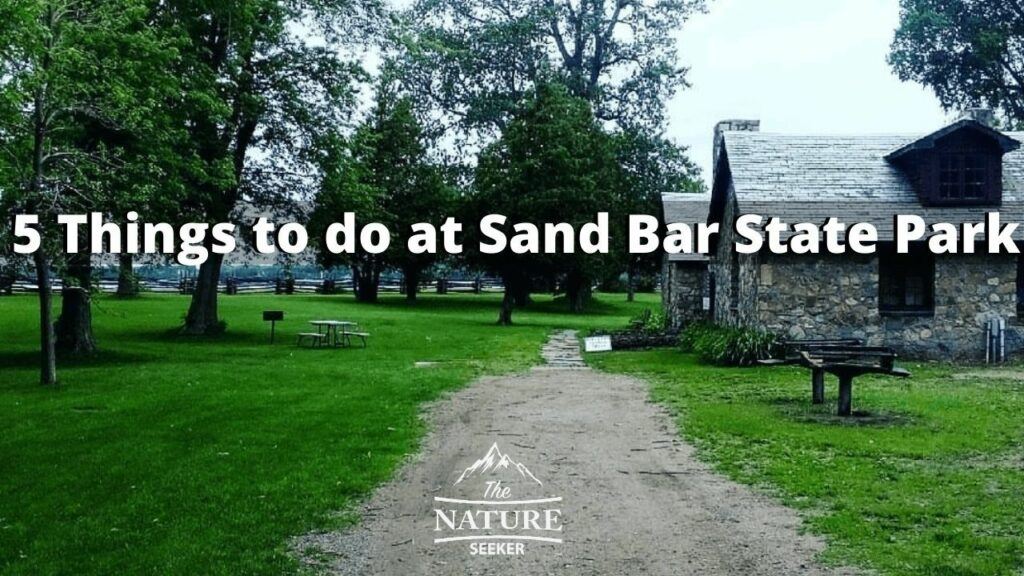 There’s just something very tranquil and beautiful about Sand Bar State Park and it really gives you a great introduction into what Vermont has to offer if you’ve never been there.

These 5 activities will help you get started with not just this park, but also Vermont and I’ll share other things you can do around this area too below.

My quick history with Sand Bar State Park (how I accidentally found it):

If you’re wondering how it’s accidentally possible to visit this place, I’ll tell you: 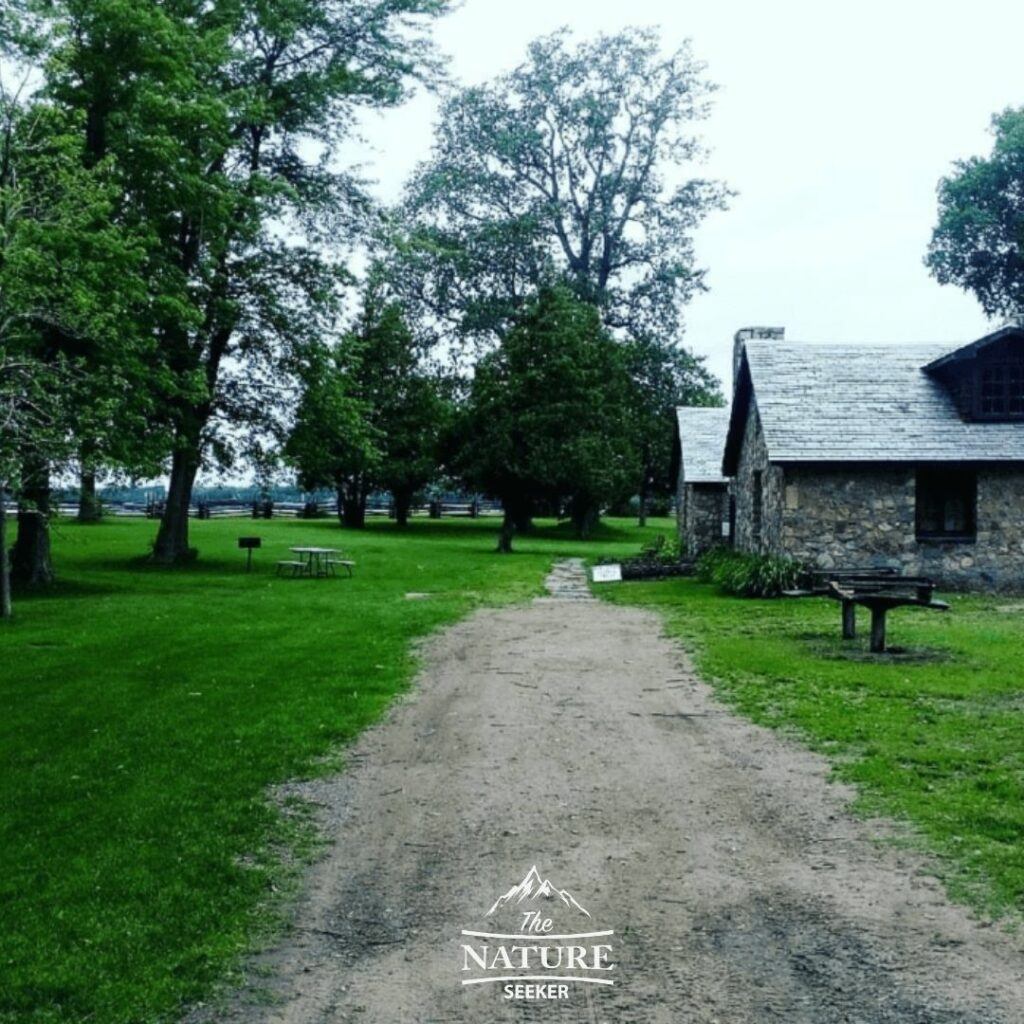 My friend and I were in New York State, traveling north and parallel to Lake Champlain on what turned into an epic road trip across the eastern United States.

While in this region, we stopped at Ausable Chasm and afterwards had no idea where to head next.

Because we were right on Lake Champlain, we looked to the east, across the giant lake and saw a ton of beautiful mountains that were calling us to them.

We knew that they were part of Vermont. And neither I nor my friend had visited that state before, and being that we had at least another 24 hours left on our road trip, we decided to figure out how to get there.

The seemingly best path involved us traveling close to the border, but then turning east.

This took us past Fort Montgomery, and across several islands (which looked amazing on the map, but were really boring to travel through).

Once we crossed those islands, we were in Vermont and decided to mark Smuggler’s Notch (Vermont) as our next destination, but once we officially crossed into this state, we saw Sand Bar State Park and even though we were committed to see Smugglers Notch, we just had to stop at this place (and were happy we did)

First, when we got there, I believe there was only one other car in the area, but overall, we didn’t see anyone other than a single park ranger at the entrance. And considering we were visiting this place in the Spring, it was surprising to see so few people, but we didn’t mind. 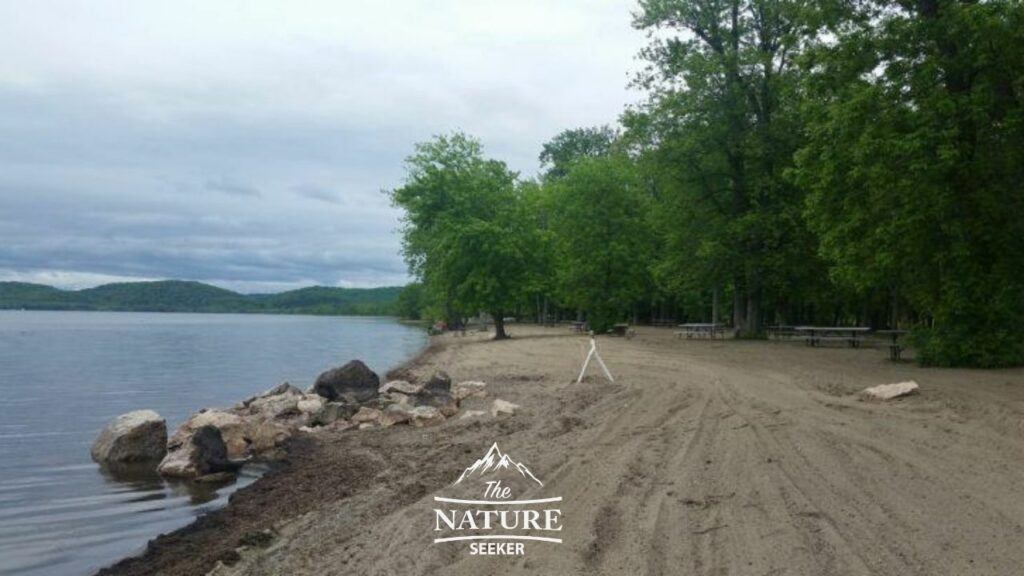 Second, this park is pretty small, but it’s surprising at the same time because it’s so tidy, organized and beautiful there.

Normally, I enjoy traveling around many areas, especially large ones, but I found myself feeling very comfortable in this location and didn’t mind staying.

Also it was very quiet there. Considering this place is right next to Lake Champlain, it’s hard to believe how quiet it can get.

This lake is so large, that I often forget that it’s actually a lake and mistake it for the ocean, but obviously it’s not.

If you enjoy a combination of nature and silence, then you can find it here, but only if you can get to this place around the same time we did (May-June, and early in the morning on a weekday).

As for activities, here are 5 things you can do at Sand Bar State Park:

There is a small beach area in this area and there’s actually trees which grow right on the sand. 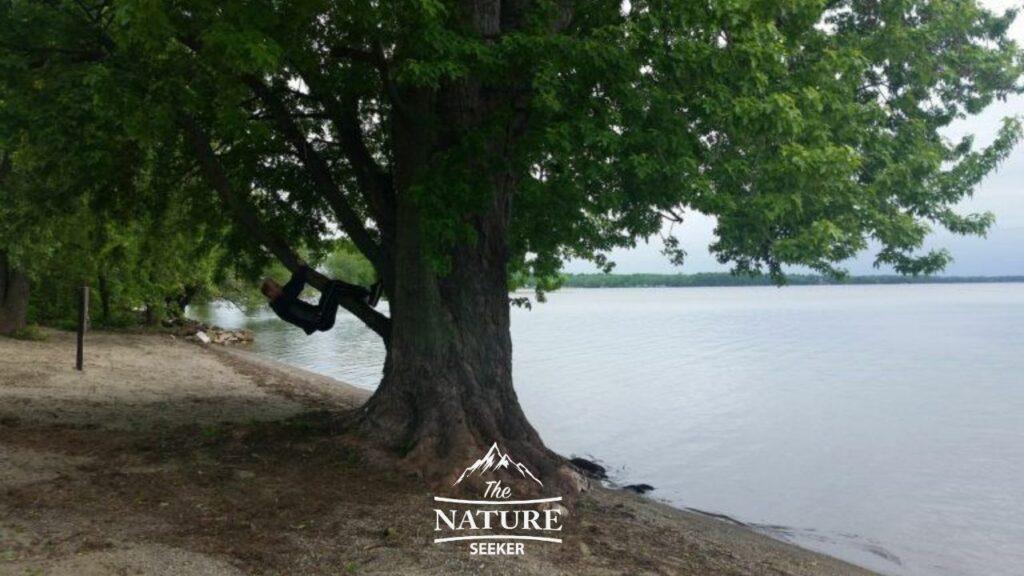 I remember my friend mentioning how he’s never seen anything like that, considering how he’s from Florida:

1) Picnic tables, barbecues and a playground for kids, as well as swings are also in this area.

2) As far as I saw, you can kayak around here as well as engage in other water sports.

3) Bathroom areas and showers are also available I believe.

4) The water is also very calm there, since it is a lake so if you enjoy swimming, do it there.

5) The area is also very clean. Like I said before, the whole park appeared very tidy.

I’ve since traveled through this park 3 times and each time saw new thins I could do, one of which is enjoying the low tide experience where you can walk very far off the beach into the Lake Champlain area.

Overall, Sand Bar State Park is a small place to visit for short visits, but there’s a lot you can do there.

Considering we’ve seen places like Watkins Glen State Park, it’s hard to believe that this park can compete against that, but it’s because it contains so many things in a small place that it’s so unforgettable and highly recommended.

Since this place is located in a region where there isn’t much else to do, you may find that if you see it, you’ll probably be passing through it and on your way elsewhere. In our case, there are a few other places you can see:

1) If you plan to head east into Vermont, Smuggler’s Notch is a great place to see. It’s about 30 minutes, south east from this place and it’s probably the closest and most scenic spot you’ll find near this area.

2) And if you have an extra day, head further east and hit the White Mountains.

3) If you plan to go west, then you’ll need to enter New York State and if you do, Ausable Chasm and the Adirondacks are worth a look (it’s #6 on the list in the link)! And there are also many other beautiful places in New York State to see.

4) If you plan to head south, considering you can drive for about 1 hour, you’ll hit Lake George, which isn’t as large as Lake Champlain, but it is still vast and has many activities there too.

5) As for anything north of this area, I would ask anyone who visited Sand Bar state park to suggest some beautiful places, because all I know that is north of this spot is Mont Tremblant, and that is up in Canada.

6) Another option to check out is the Green Mountain National Forest which is south east of Sand Bar State Park (about 2 hours). It’s a beautiful region of Vermont.

7) And finally, if you head further north east, you can actually visit Maine and places like Gulf Hagas (be careful of that area) another beautiful Maine coastal area like Acadia National Park. 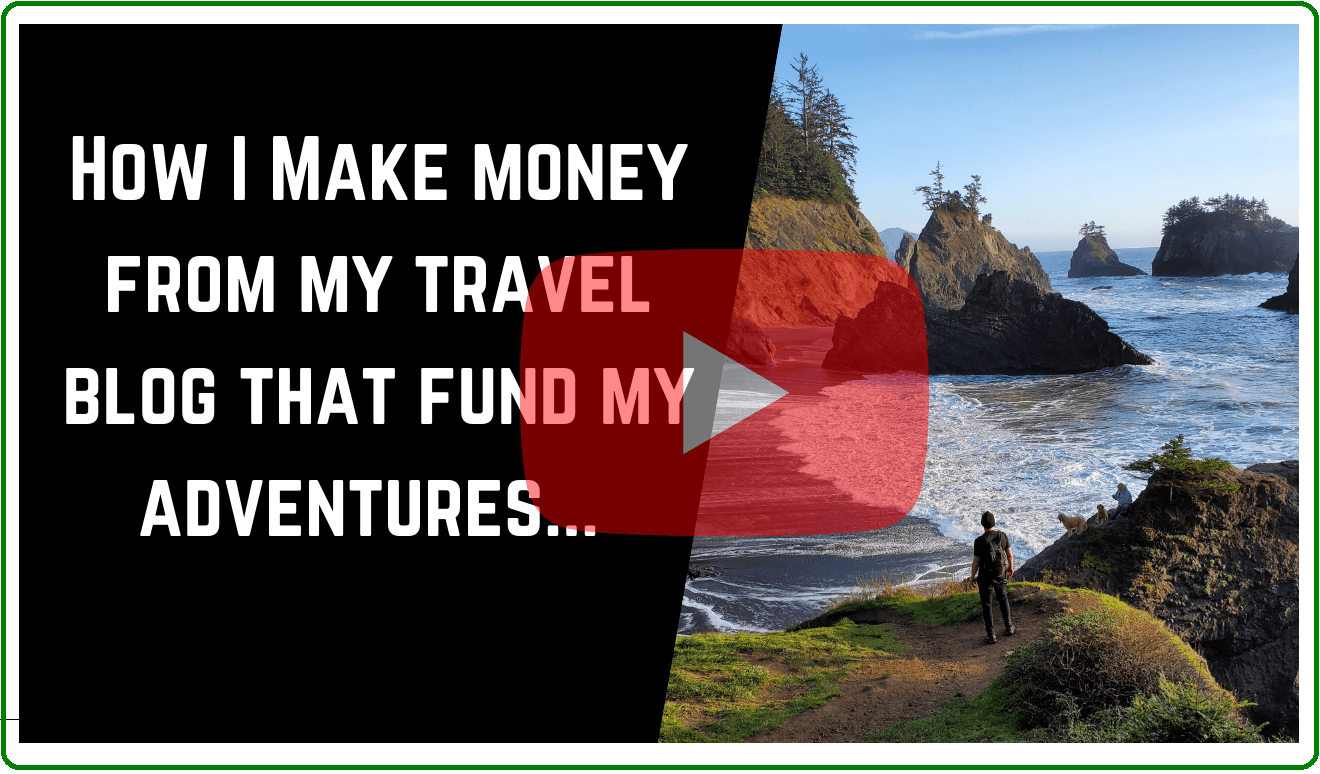